When we began looking at the Roman army in detail, we started by looking at their armour and the equipment they used. We completed a Roman soldier picture showing the colours that they would have worn and also labelled all his gear.

We also described why something was the way it was or how it was used. For example - a Roman soldiers sandals had metal studs on the bottom as they did a lot of walking - these would stop the sandal from wearing away but also to stop the soldier from slipping during his travelling.

In our Art lessons, we have started looking at different portraits of Kings and Queens of England.

For our first portrait, we had a go at drawing Henry VIII. The portrait below is what we copied from. We concentrated more on his facial features and how to construct a face starting with eyes, nose, mouth and building outwards. 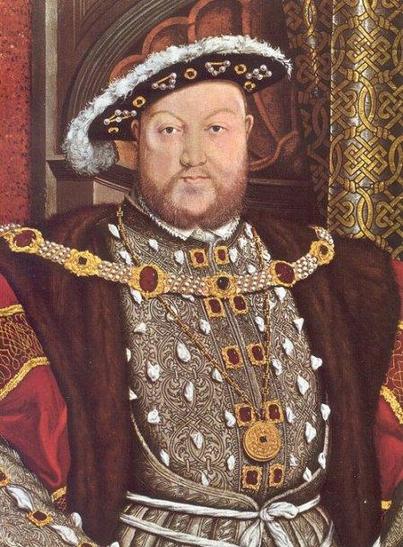 Drawing out our Henry VIII 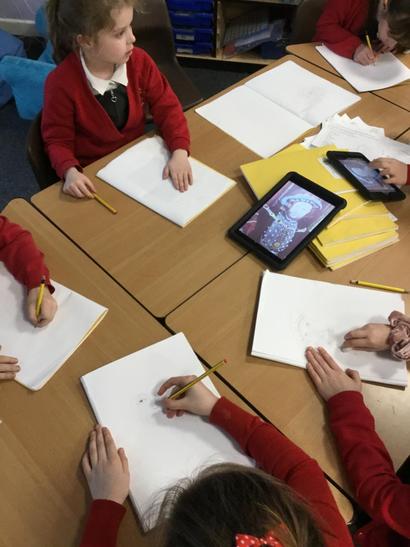 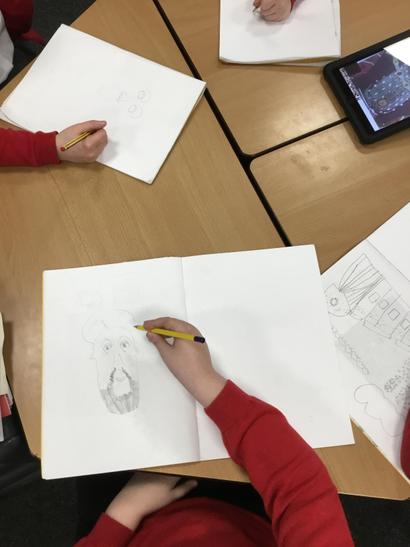 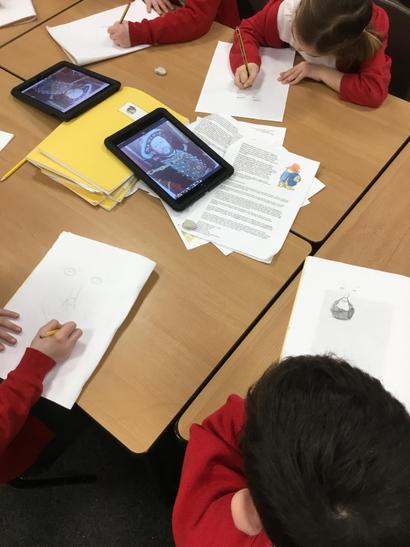 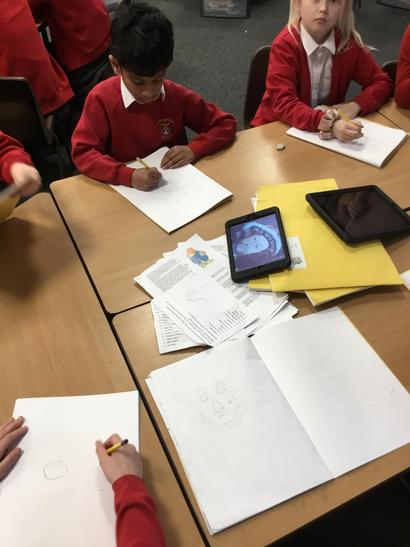 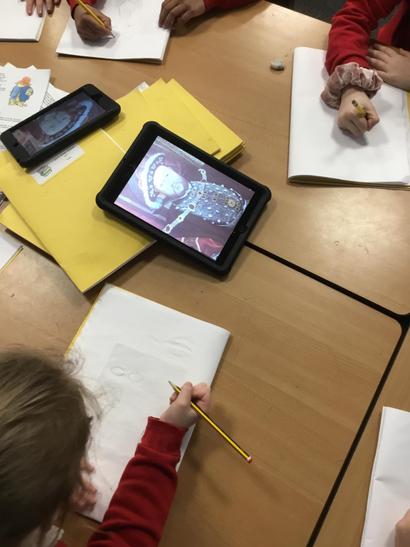 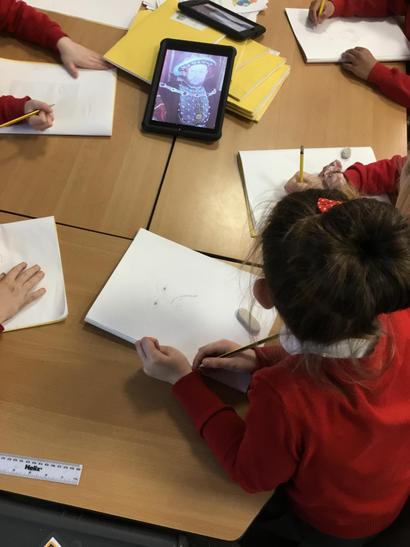 Some of our finished pieces.

Extending our History topic further, we created a timeline which showed the key events from the Roman Empire in Britain. We looked at events from BC all the way up to the end of Romans in Britain in AD. 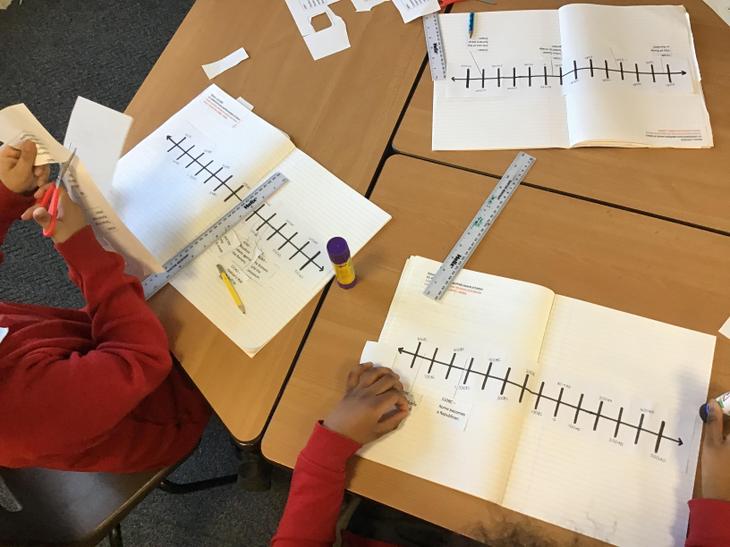 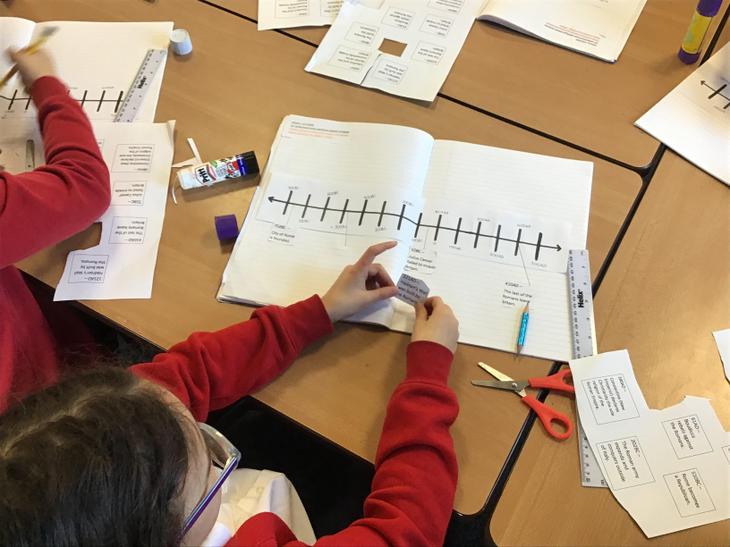 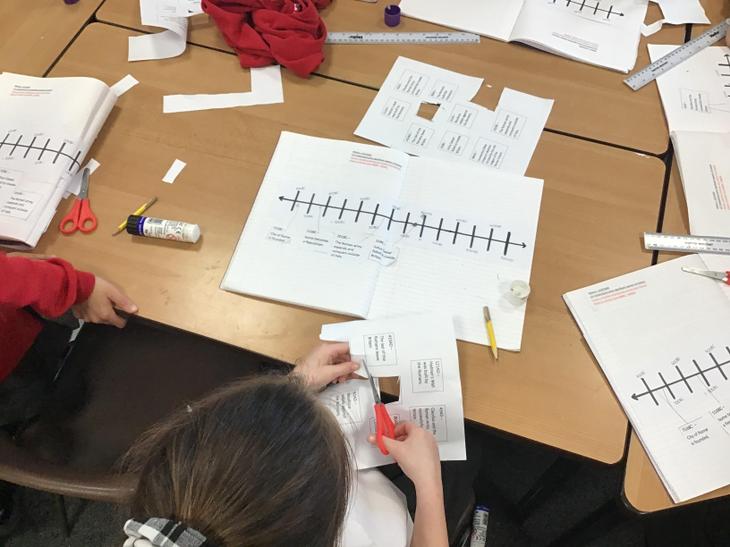 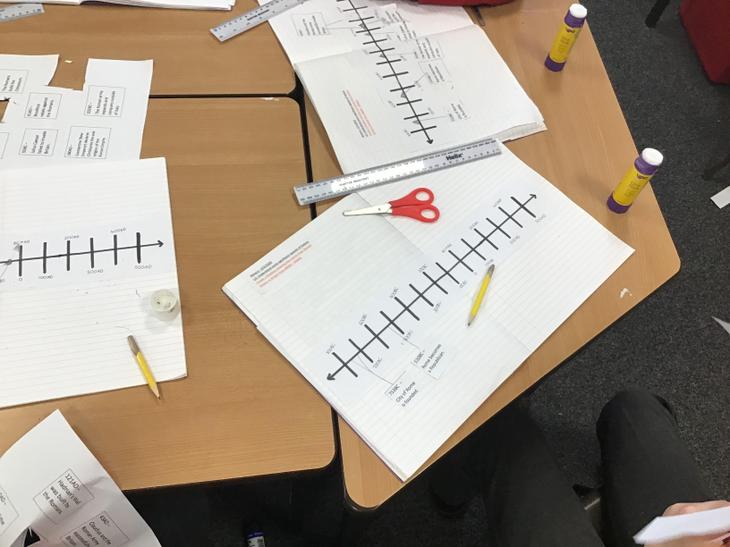 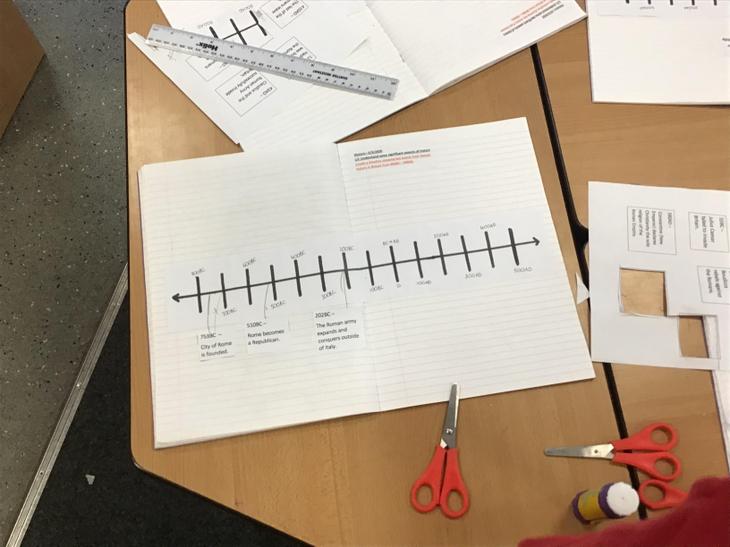 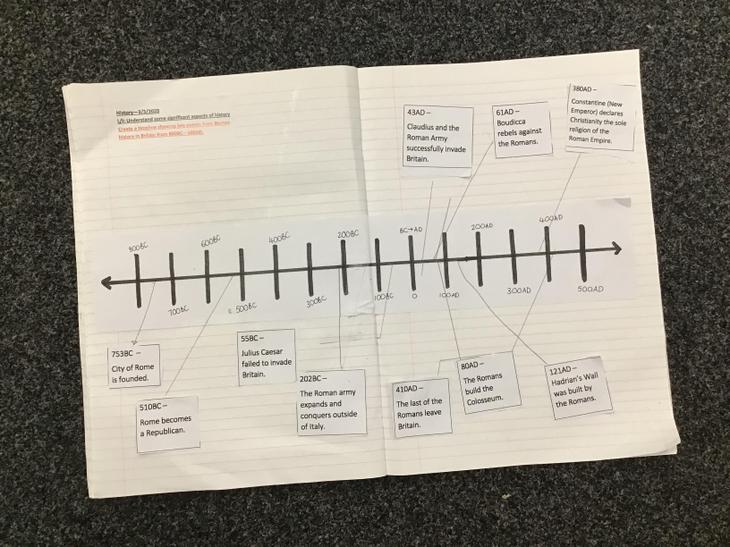 "We had to look carefully on the numberline to work out where the event would go, like when we do numberlines in Maths" - Sophie