In our history topic, we learnt all about Boudicca and her rebellion against the Romans.

We watched a short clip about how she attempted to defeat the Romans. The children then had a choice of how they wanted to retell the story of Queen Boudicca.

they could either produce a story/diary entry, produce a comic strip or produce an acrostic poem. 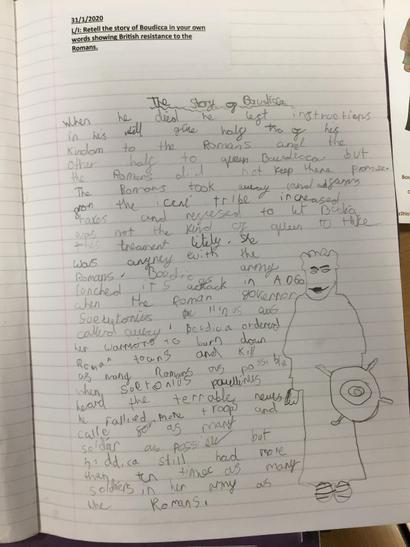 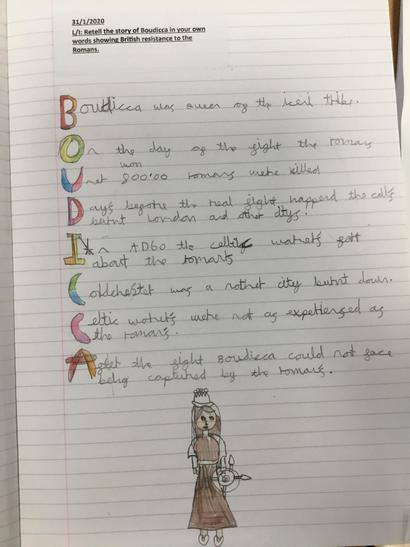 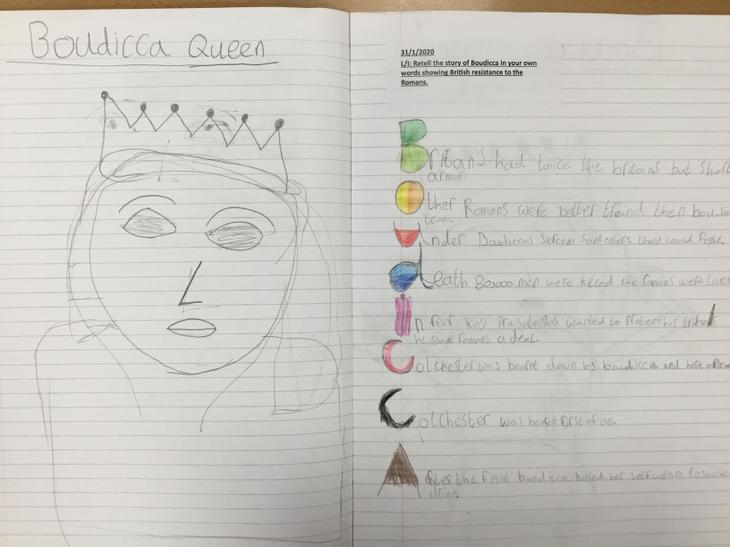 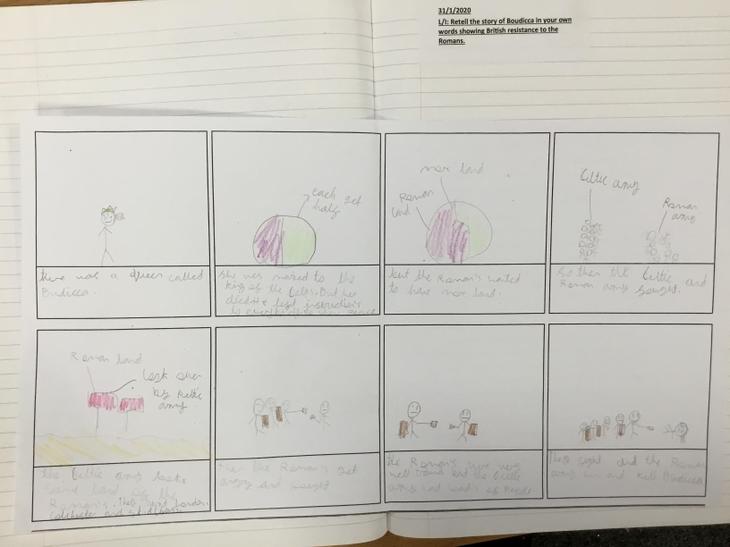 For our Art, year 3 have been looking at portraits of past Kings and Queens. After sketching out Henry VIII, the children then had a choice of what King or Queen they would like to draw and shade next.

This piece of work was part of Year 3's parent lesson afternoon - so many of the children worked with their family member on the sketching and on the shading. 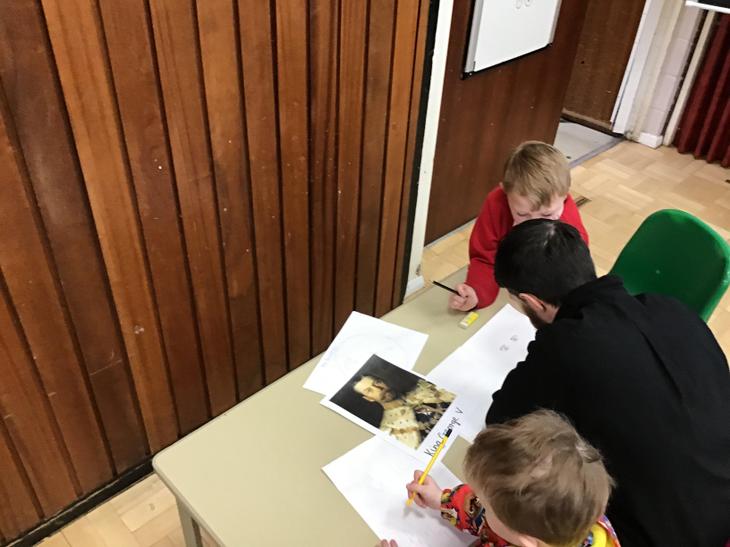 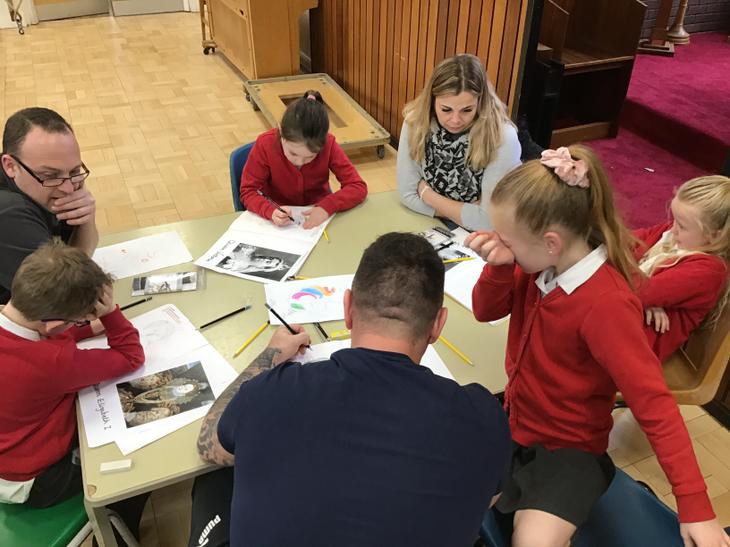 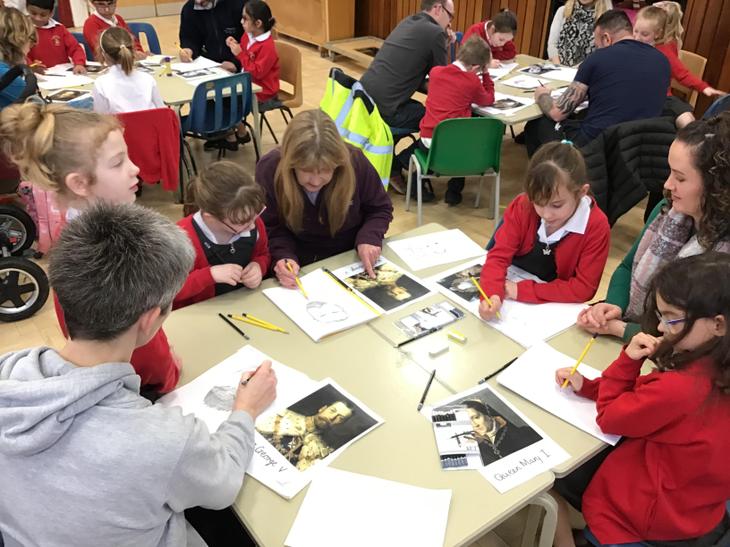 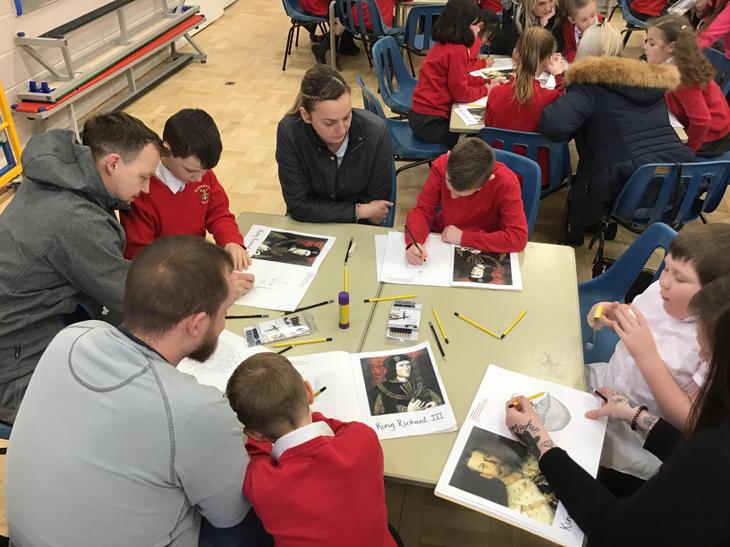 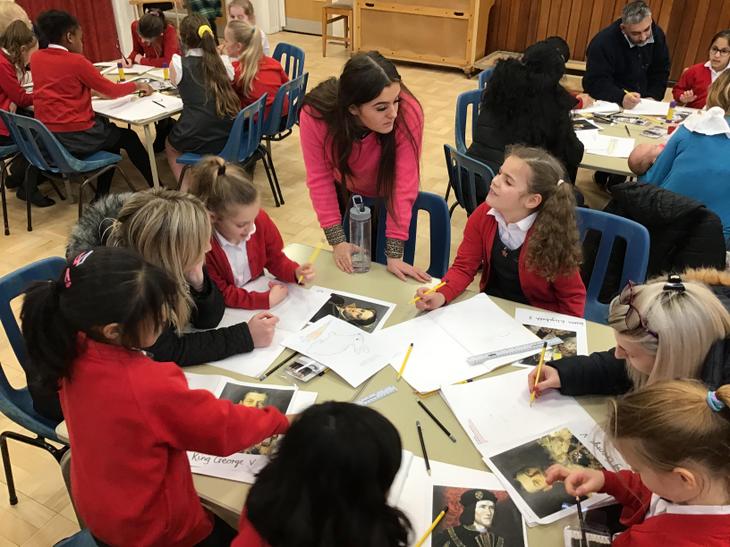 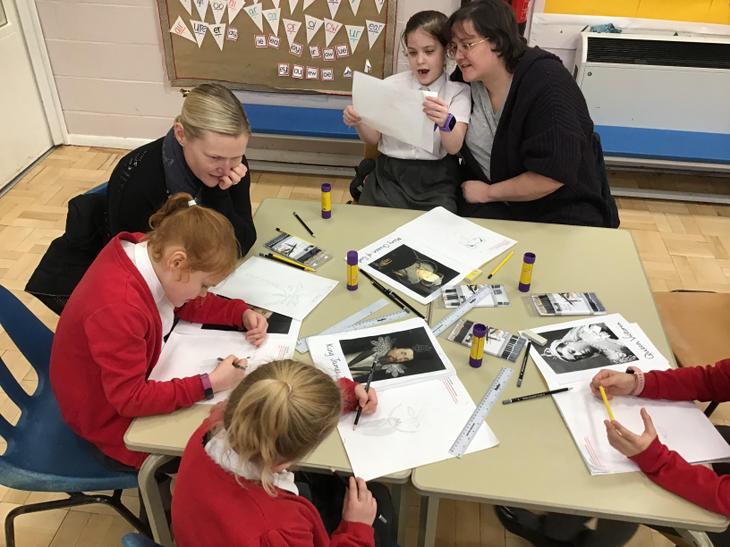 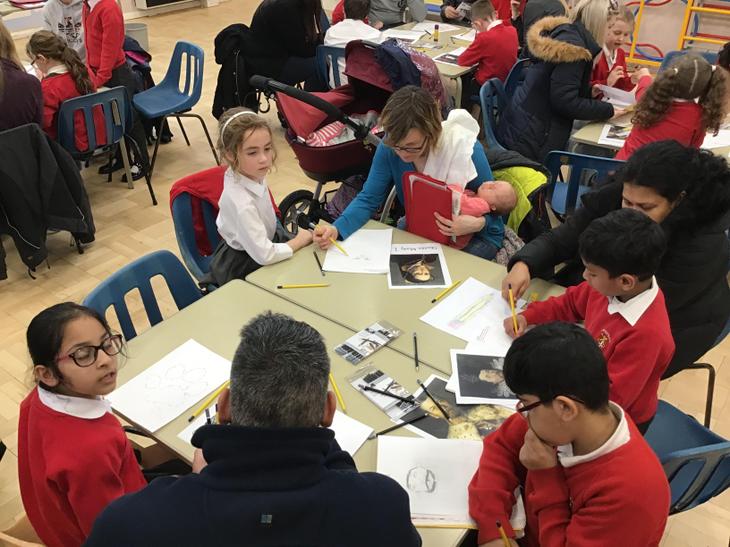 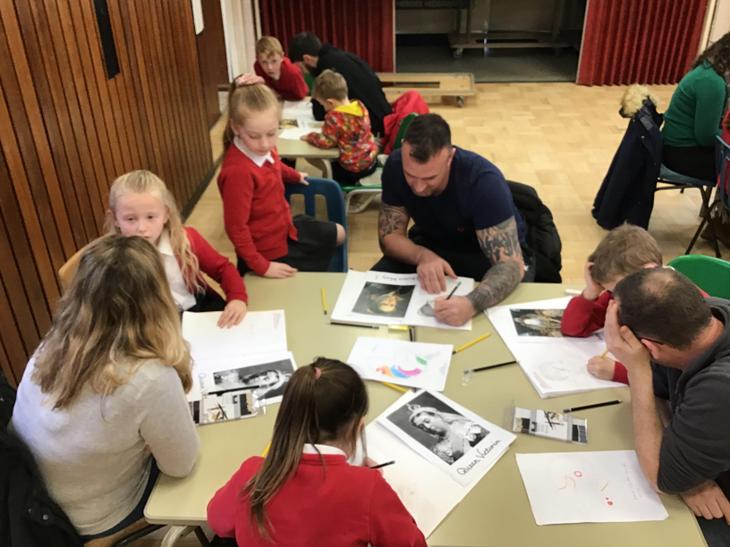