We have started to learn a new sport in PE. The children have learnt the starting positions and footwork of fencing and also how to get the kit on (which is a lot trickier than it looks).

In our English lessons, we looked at a story called "Dougal's Deep Sea Diary". It talked about all the different things we would see in the depths of the ocean and the preparation before taking a dive.

We then linked this to extend our writing by looking at noun phrases. We talked about how we use a noun and different adjectives to create a noun phrase.

In music, we are learning the song "Under the Sea" from the film "The Little Mermaid.

We have started to learn the lyrics to the first verse and first chorus. We have also begun to learn how to play the chorus on the glockenspiels.

In our art sessions, we started off by looking at the work of David Miller.

We looked at the different under water scenes he created and how he used perspective and real life in his paintings.

We evaluated his work and picked out our favourites and why we liked them.

In our second week of fencing, we got the opportunity to duel against our partner. We were able to practise the stances we learnt last week looking at how we hold our sword and how we have our feet.

We then learnt the phrase "touché" which we said to our partner when they had completed a good hit to our chest. 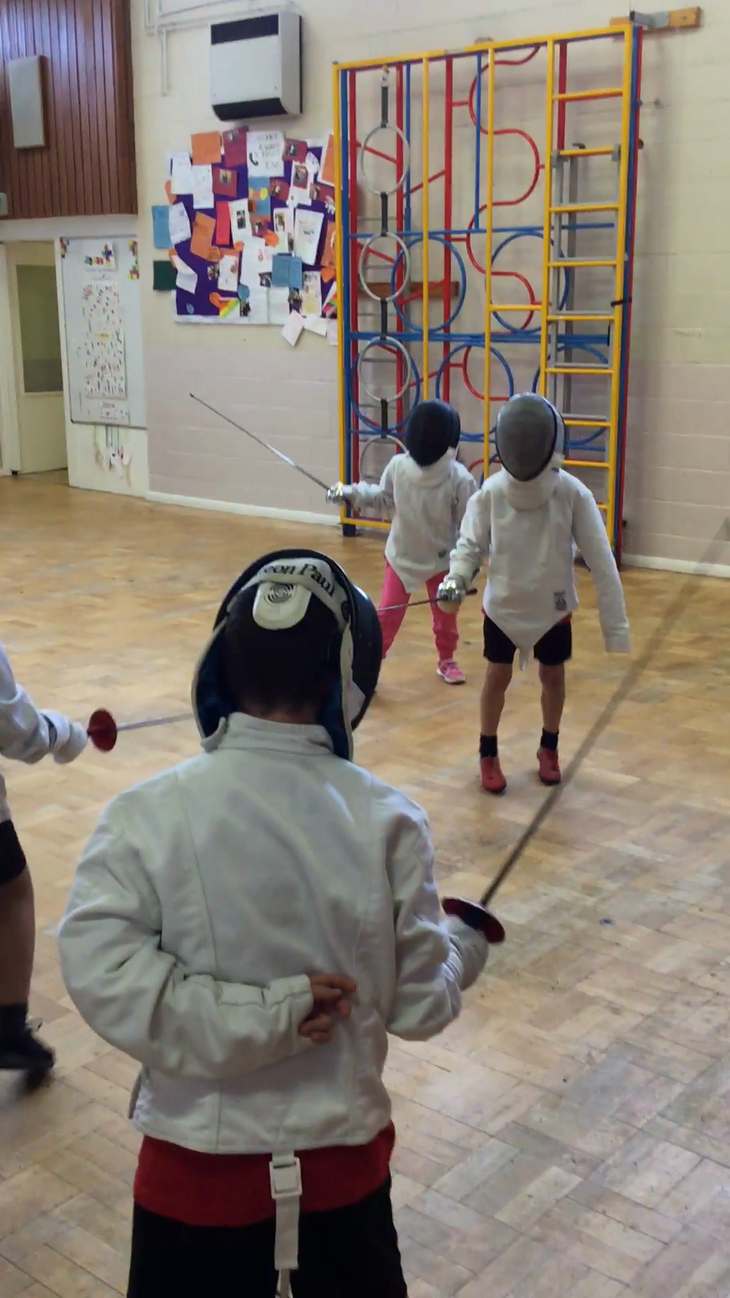 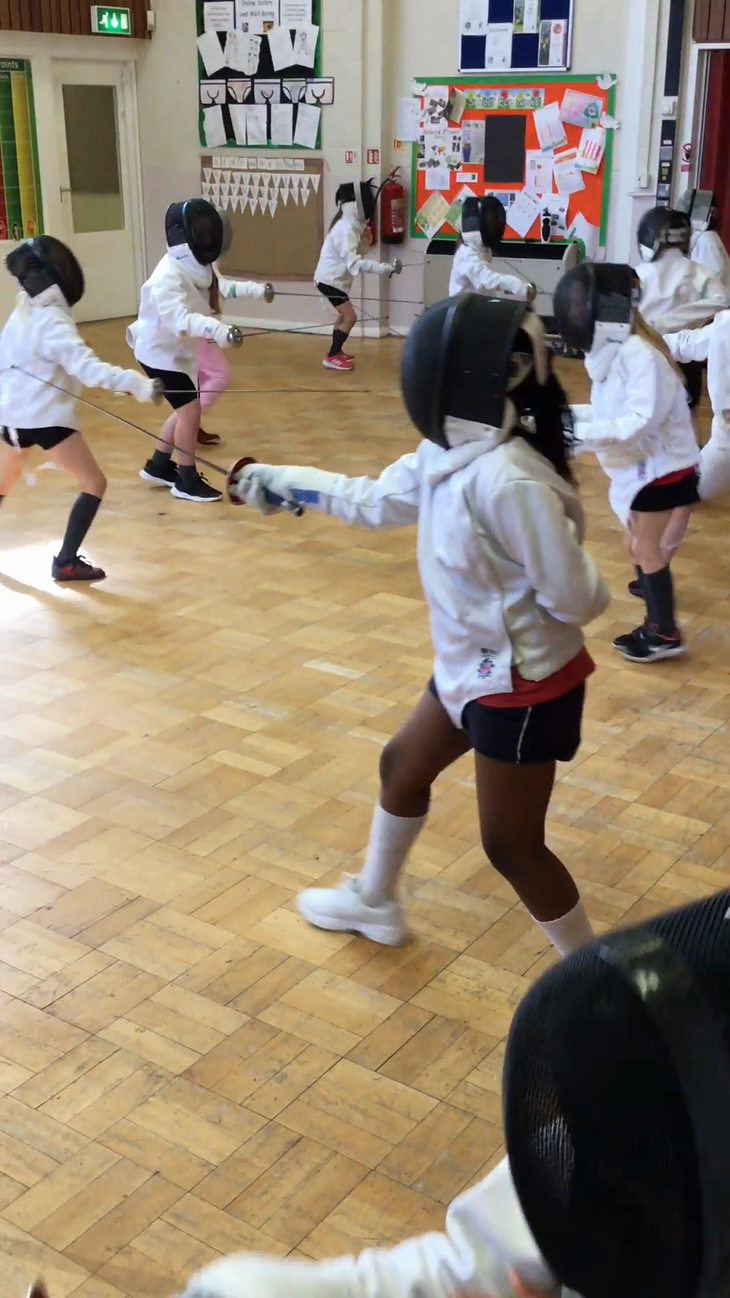 In our Science section of our Under the Sea topic, we looked at grouping different sea creatures.

Some of us disagreed and said not everything has bones.

This led to our science session of looking at vertebrates and invertebrates that live in the sea.

We group different sea creatures into those groups.

Some of us used pictures for grouping
Some of us drew our own to group
We then did a little activity as a class a week later to see if we had remember the knowledge we had gained to sort out sea creatures.

For the first part of our French unit, we began by looking at the French alphabet.

To get used to the different pronunciation of the French language we started by learning the French alphabet verbally and then using this to then spell sea animals in French.

Here are some videos of some of us having a go at saying the alphabet in French. 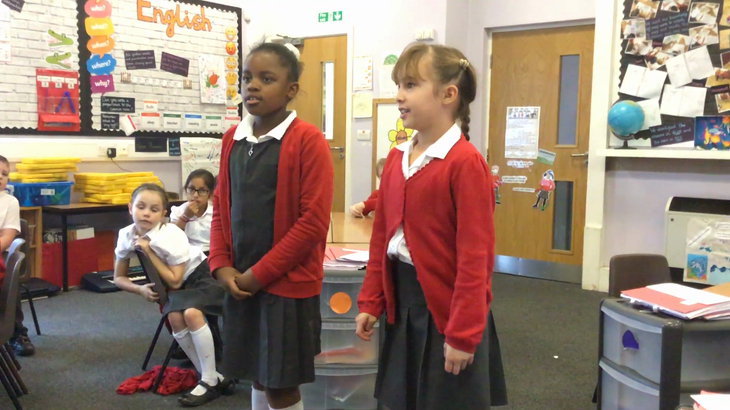 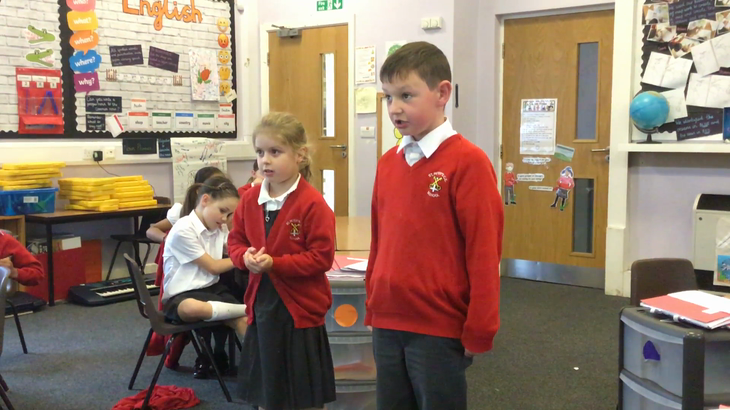 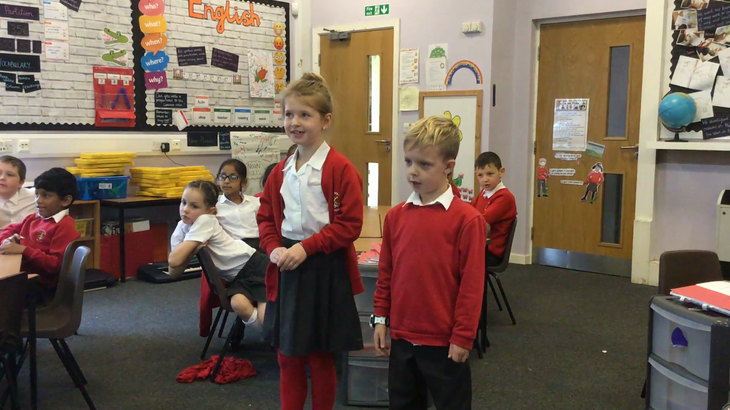 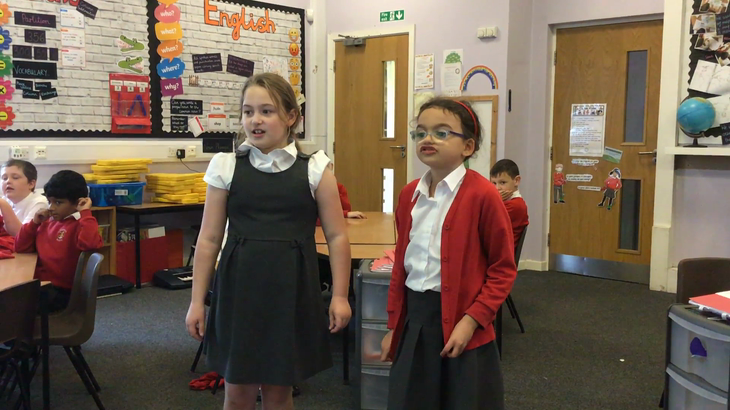 When looking at our new story in English "Commotion in the Ocean", we began to look at something called fact or opinion.

We discuss how facts are true statements about real life and how opinions are what a person's thought is about something and how this isn't always the same.

We wrote on the tables what different facts the author uses about the animals and also any opinions he uses in the story as well as our own opinions.

In our maths, we have been learning some new vocabulary when looking at shapes.

We have learnt the terms - acute angle, right angle and obtuse angle as well as looking at different types of lines. These include - vertical, horizontal, parallel and perpendicular.

As the weather was nice, we got the chance to practice these outside using chalk.